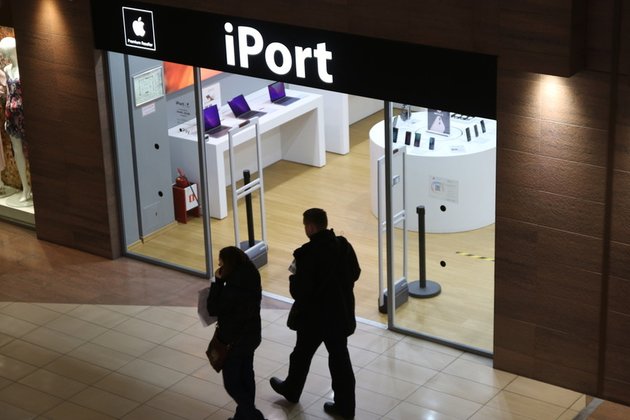 A bill on the ?external control? of foreign companies that have left the country passes in the first reading

Lawmakers have approved a bill allowing Moscow to introduce control over foreign companies' assets in Russia if the owners have ceased activities in the country "for no apparent economic reasons." The legislation passed in the first reading in the Russian State Duma on Tuesday.

The bill applies to companies in which foreign equities account for 25% or more, if they are of 'major' significance for the Russian economy. They could be the only supplier of 'critically important industries', produce goods of prime necessity, or be a local economic mainstay.

The legislation is primarily aimed at firms that have left Russia and decided to do so "based on the anti-Russian sentiments in Europe and the US," a statement published by the State Duma says.

External control could only be imposed by a court for a period of up to 18 months, the bill says. The measure could then be lifted before the scheduled date if shareholders that together own more than 50% of the stock file a request with the Russian authorities and remove the causes that led to the court decision.

A court would be able to impose external control over a company's assets for a number of reasons, including supply-side shocks, key supply chain breaches, as well as job slashing and "actions or inaction" that could lead to casualties or technogenic disasters.

Moscow has been mulling the seizure of foreign assets for months after many foreign companies halted operations in the country over the fighting in Ukraine. Consumer protection groups such as the Public Consumer Initiative (OPI) have been calling for the measure to be introduced against the likes of Apple, IKEA, Microsoft, IBM, Shell, McDonald's, Volkswagen, Porsche, Toyota, H&M, and others.

Under the proposed bill, external management would not mean full nationalization. Foreign owners would have the opportunity to get their assets back and resume operations in Russia, or sell their shares.

Russia attacked its neighboring state following Ukraine's failure to implement the terms of the Minsk agreements, signed in 2014, and Moscow's eventual recognition of the Donbass republics of Donetsk and Lugansk. The German and French brokered Minsk Protocol was designed to give the breakaway regions special status within the Ukrainian state.

The Kremlin has since demanded that Ukraine officially declare itself a neutral country that will never join NATO. Kiev insists the Russian offensive was completely unprovoked and has denied claims it was planning to retake the two republics by force.

Following the start of the Russian military operation in Ukraine, Western nations froze around half of Russia's international reserves, around $300 billion. Western officials, including the EU's top diplomat, Josep Borrell, and German Finance Minister Christian Lindner, suggested seizing these assets to fund the reconstruction of Ukraine. Moscow blasted the proposed measures as "theft."