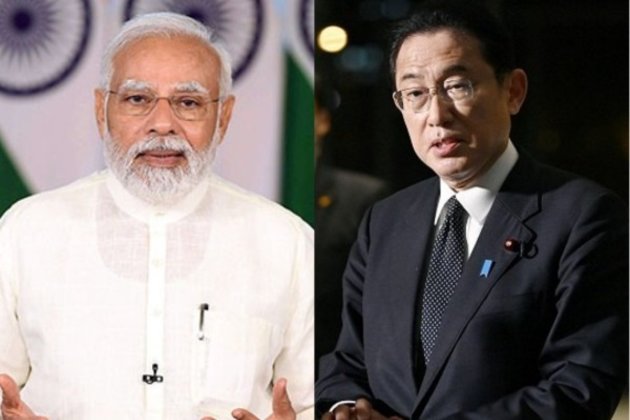 New Delhi [India], June 23 (ANI): Japanese Prime Minister Fumio Kishida has sent a condolence message to Prime Minister Narendra Modi over the loss of lives in floods in India's North East region and expressed his desire to extend necessary support to the people of Assam.

"I am deeply saddened to have learnt that the flooding and landslides that occurred in the State of Assam and the State of Meghalaya following the heavy rain in the North East Region of India have led to the loss of many precious lives and forced many people to evacuate," the Japanese PM said in a statement.

Over 41 lakh people in 34 districts of Assam continue to reel under the impact of ongoing flood and landslide situations.

"On behalf of the Government and the people of Japan, I would like to express my heartfelt condolences to the victims and sympathies to their bereaved families. I also express my sympathies to those who have suffered and pray for the earliest possible recovery of the affected areas," the statement stated.

Japan also extended support to the affected areas of the region.

"The Government of Japan will spare no effort to extend necessary support to the affected areas. I reaffirm my conviction that Japan will always stand with India as she shall rise again to overcome the difficult time" the statement read further.

The flood situation in Assam's Karimganj district has deteriorated after the flood waters of the Kushiyara, Longai, and Singla rivers have inundated more areas of the district affecting more than 1.34 lakh people of the district.

The flood waters have submerged several main roads of the district.82 people have died in floods and landslides in the state this year so far in Assam.