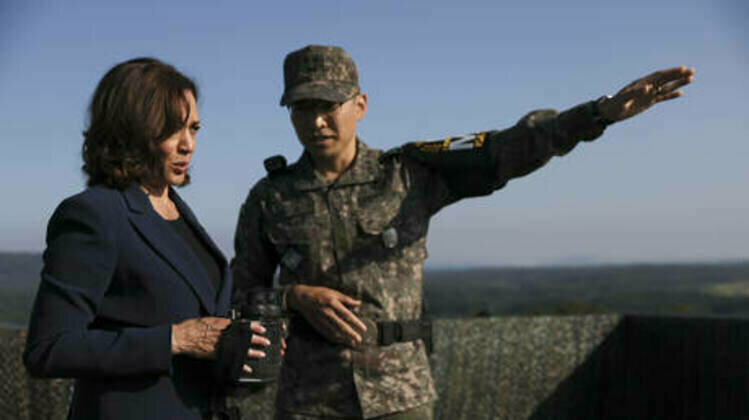 US Vice President Kamala Harris praised the "strong alliance" between the US and North Korea during a visit to the Demilitarized Zone (DMZ) on Thursday in a gaffe.

Harris continued, this time naming the country correctly. "I cannot state enough that the commitment of the United States to the defense of the Republic of Korea is iron-clad," she said, adding that "In the North, we see a brutal dictatorship, rampant human rights violations and an unlawful weapons program that threatens peace and stability."

Harris delivered her speech while on a visit to the DMZ, the heavily-fortified demarcation line that has divided the North and South since the Korean War ended with an armistice agreement in 1953. Tensions on the Korean Peninsula have risen in recent months, with a US aircraft carrier arriving in South Korea for military exercises last week for the first time since 2017, after US officials warned that Pyongyang is gearing up for its first nuclear test in five years.

The North launched two ballistic missiles into its eastern waters on Wednesday, and another two on Thursday shortly after Harris's plane departed for Washington, South Korea's military said. A single missile was also launched earlier this week.

The US keeps around 28,000 troops stationed in South Korea, and the North views drills involving these troops and their South Korean counterparts as "provocations" and rehearsals for invasion.