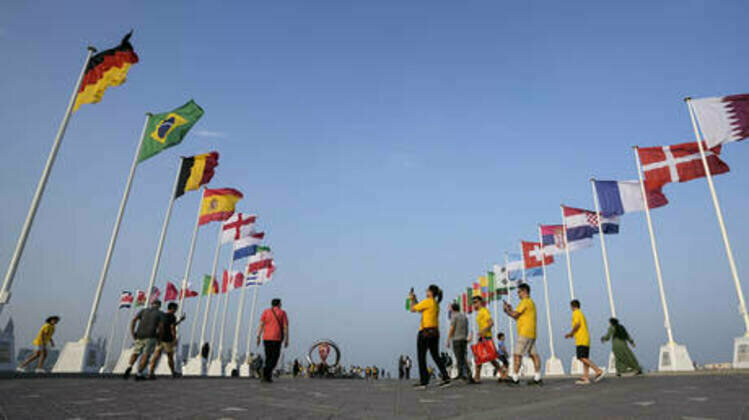 Fans traveling to Qatar should beware of cybercriminals, and, according to European regulators, the country's government itself

Cybersecurity company Recorded Future claimed in a report on Thursday that state-sponsored hacking groups may view the World Cup in Qatar as a "target-rich environment" for spying and data theft. Meanwhile, European privacy commissioners have sounded the alarm over the host nation's own data collection.

Travelers to the tournament should "take additional precautions," including "using encrypted communications applications...exercising caution when connecting to unknown and public Wi-Fi networks...and considering the use of burner devices for the duration of the trip rather than personal or corporate devices," the company stated.

Although the report put the risk of a disruptive cyberattack against the competition as low, it claimed that Chinese and Iranian intelligence operatives will likely view the World Cup as an opportunity to collect data from visiting dignitaries and businesspeople.

While Qatar hosts a US military base at Al Udeid and was named a "major non-NATO ally" by President Joe Biden in March, the sheikhdom is a member of China's 'Belt and Road' initiative and hired a Chinese company to build its flagship stadium. Qatar also has a trade relationship with Iran, despite its membership in the Saudi-led Gulf Cooperation Council.

The report considers North Korea and Russia unlikely to target the World Cup, with Pyongyang having sent laborers to build tournament-related infrastructure, and Moscow occupied with the conflict in Ukraine. Russia has consistently denied Western allegations of malign cyber activity.

"Financially-motivated cybercriminals" are also listed as a threat, and could use "phishing attacks, fake mobile applications...counterfeit tickets, and threats of ransomware" to steal from fans, Recorded Future warned.

While the company advised attendees to only download World Cup apps created by FIFA or the Qatari government, European regulators have warned that the Qatari software isn't safe either.

Germany's data protection commissioner cautioned on Tuesday that Qatar's 'Ehteraz' and 'Hayya' apps go "much further" in their data collection than advertised, with one tracking which numbers calls are made to, and the other preventing users' phones from entering sleep mode and transmitting data to a central server.

Regulators in Norway and France issued similar statements, with the Norwegians advising fans to wipe their phones blank before traveling to Qatar.

The World Cup kicks off when Qatar faces Ecuador at the Al Bayt Stadium on Sunday, and runs until the final on December 18.